Posted on February 19, 2013 by artsandheritage

Wednesday, February 6, 2013 was the official opening of “Catching the Light: The Life and Photography of Victor Post”, an exhibit made up of images from award-winning St. Albert photographer, Victor Post.

After Victor Post passed away in 2001, his vast collection of photographs was donated by his wife, Kathy Post, to the Musée Héritage Museum. The museum has been actively working to process the collection. The exhibit features selected photographs from the Victor Post fonds, chosen to cover Victor’s life and his many interests, such as holography, science, ham radio, aviation, and his commission work as official photographer for the Government of Alberta. 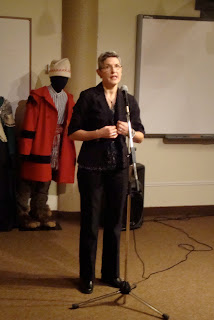 Kathy Post traveled all the way from Kelowna, BC to attend the function. She talked about Victor’s sense of pride for being associated with St. Albert. She expressed her happiness about seeing Victor’s works on display and the lasting legacy of his work for the city of St. Albert. 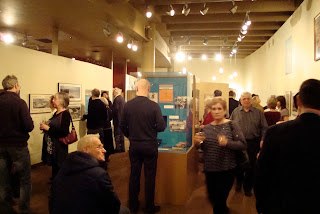 The evening was filled with fond memories of Victor, from Kathy and many others who worked with or knew Victor personally. 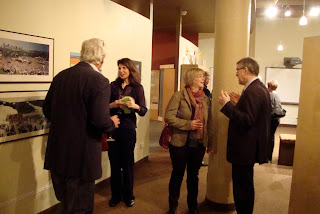 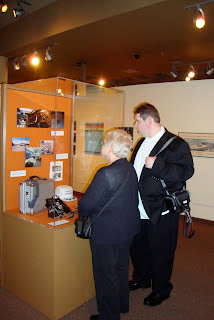 For more information about the Victor Post fonds, please visit our website at: http://museeheritage.ca/archives-library/
“Catching the Light” is currently open to the public until March 31, 2013.