Posted on July 3, 2013 by artsandheritage

It was a hot and humid Canada Day for 2013, that was well attended at all the Heritage Sites of St. Albert. 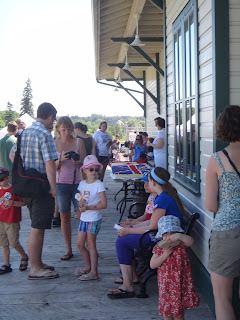 There were over 600 attendees at the St. Albert Grain Elevator (SAGE) Park, where visitors took tours of the grain elevators, participated in craft activities, and took a ride on our newest addition, Little Obie the CN Safety Train.

Our tours at SAGE, Father Lacombe Chapel and the Little White School were well received by the public. 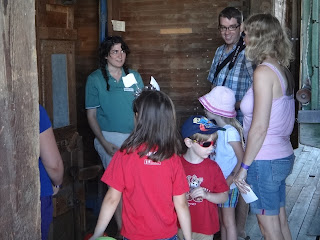 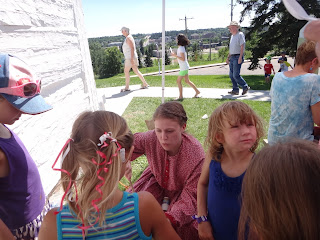 At the Little White School, over 230 visitors enjoyed our Maple Leaf cookies and participated in the “Great Canadian Flag Debate Contest.” The contest helped visitors explore the real Canadian Flag debate that occurred in 1964, when Prime Minister Lester B. Pearson created a committee of 15 members to debate and decide on a new national flag for Canada. There were some 3,500 flag designs submitted by Canadians, with George Stanley’s iconic design being chosen by the committee to become the Canadian Flag that we all know today. The new Canadian Flag was officially proclaimed by Queen Elizabeth II in January 1965.
Our “Great Canadian Flag Debate Contest” asked visitors to submit their own designs for a Canadian Flag, with consideration to what Canada meant to them. We received many intriguing designs, including flags with such symbols as mountains, wild rose flowers, and hockey! We eventually narrowed it down to the following winners in four categories: ages 6 and under, ages 7-9, ages 10-12, and ages 13 and up, respectively. 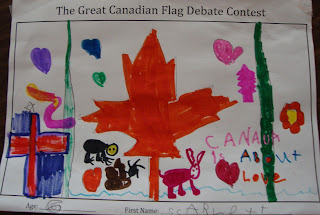 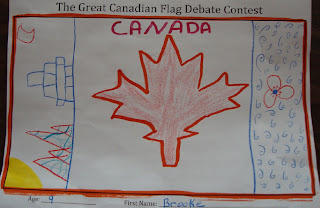 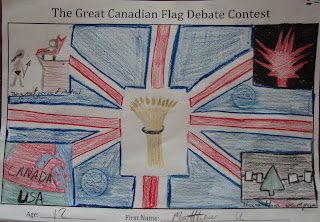 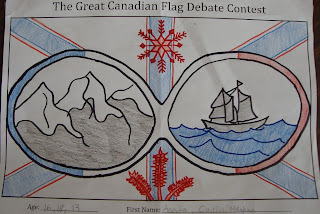 Thank you to all who spent Canada Day with us and to all of our staff and volunteers who helped make the festivities possible.